Chop the parsley as finely as possible using a microplane, grate in the zest of 1 lemon and the garlic clove as well. If you don’t have a microplane, you can just mince the lemon zest and garlic with a knife but it’s soooo much easy with a microplane so you might want to invest in one if you don’t have one – one of my favourite kitchen tools. Stir it all together with a pinch of salt, a small drizzle of olive oil and a week squeeze of lemon juice and set aside until serving time (store, covered, in the fridge).

Heat an oven safe pot over med high heat. Pour in a glug of olive oil, so it just coats the bottom.Brown the meat in batches so that you aren’t crowding the pan. If you try to jam too much meat in there, the meat ends up steaming instead of searing and you don’t want that. Salt and pepper each batch as you add it in. This is the hard part- DON’T TOUCH THE MEAT FOR A GOOD 4-5 MINUTES. I know you want to but just leave it. After a food 4 or 5 minutes, pry the meat up and stir it around for another 4 or 5 minutes to brown the rest of the meat as well. If it looks like the yummy stuff stuck on the bottom (the fond is what you call that and fond is french for “bottom” – now you can sound super savvy ) is going to start to burn, throw in a couple of tbls of water and use a wooden spoon to deglaze the pan and pour the water and the gooey fond goodness over the meat that you have removed to a bowl. Add a bit more oil and throw in the second batch of meat, salt and pepper generously and do the same thing until all the meat is browned and waiting off to the side in a big bowl.

Now, add another tbsp or two of olive oil, turn the heat down to med and cook the onions until very soft which should take about 7 or 8 minutes, stirring often. After 5 minutes, add the garlic. When the onions are nice and soft, add the tomato paste, Worcestershire sauce and another pinch of salt and stir that around for a minute and then sprinkle the flour over the top. Stir it around until the flour makes a wet paste over the vegetables and pour in your beer/wine or port. Stir it so that you deglaze the pan and the liquid starts to thicken and you can’t see any lumps of flour at all. Add the meat and all the drippings in the bowl, the chicken stock, the rosemary, thyme and a bay leaf. Cover the pot and put that in the oven and set the time for one hour.

At the one hour point, remove the pot from the oven, add in the potato, parsnips, carrots and navy beans and check the seasonings and the liquid level. If it looks like it’s not going to be enough liquid, you can add another 1/4 cup of chicken stock or water, put the cover back on and put it back in the oven for another couple of hours. Keep checking the meat and the vegetables until they are perfectly tender. It could take anywhere from 2 to 4 hrs depending on the cut of stew beef, the size of the chunks etc. which is why I like to make it earlier in the afternoon and then just reheat it at dinner time so I don’t stress out.

Add a spoonful of gremolata to the top of each bowl.

You can serve it right away but we all know that stew just gets better in the days after you make it. It keeps in the fridge for up to four days and it will just keep getting better. You might have to add a slurp of stock or water when you reheat it. 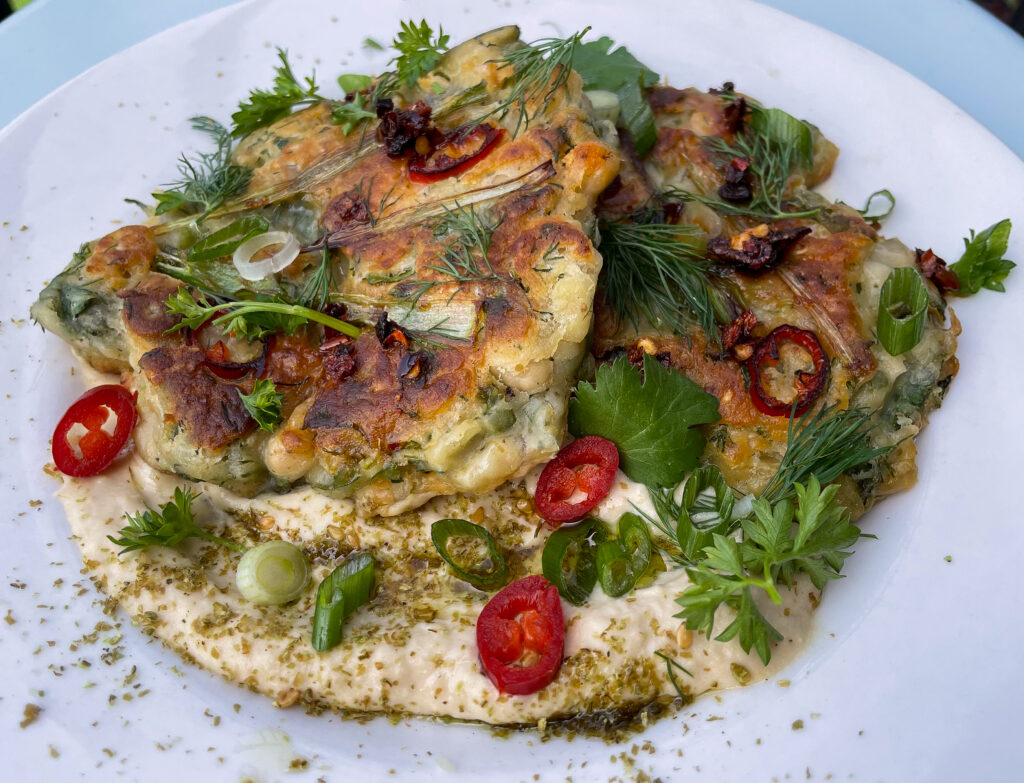 Think of this recipe as a base template that you can make your own. Creamy navy beans can adapt to any flavour profile so feel free to experiment.
View Recipe 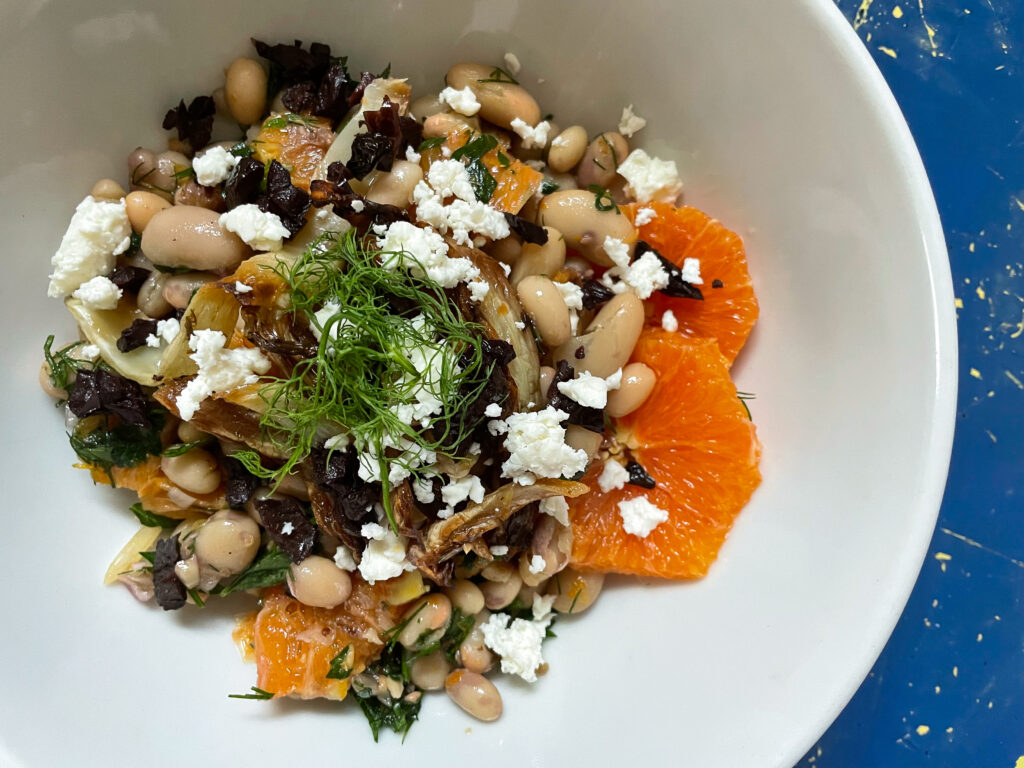 Fennel, oranges and feta were made to be together and mild, creamy white beans are their perfect partner. Nuts add crunch while the black olives bring a briny hit of salt, fresh herbs keep it fresh.
View Recipe 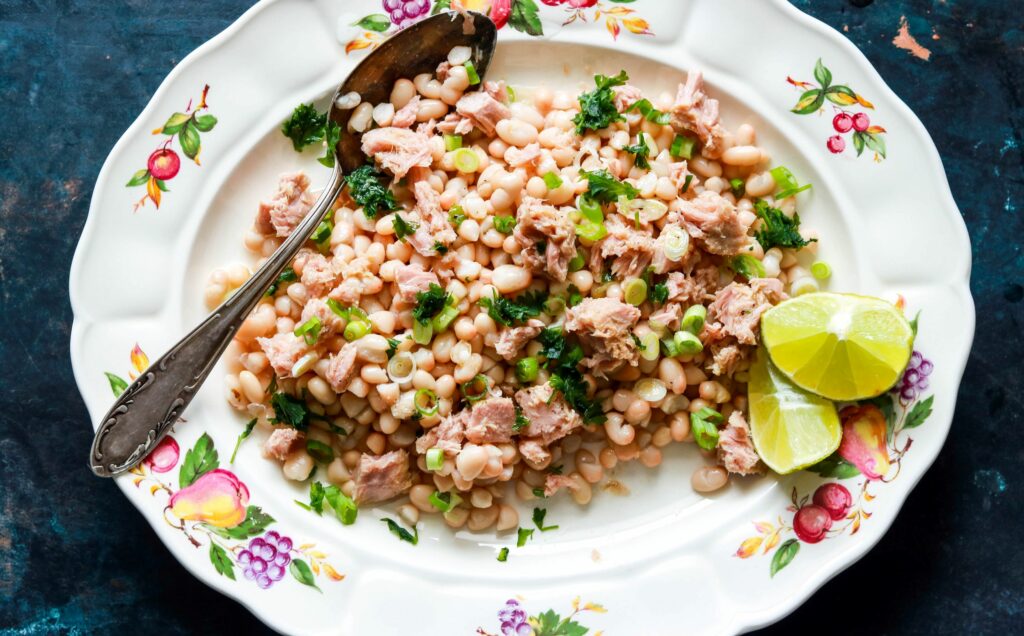 You have everything in one dish with this White Navy  bean and Tuna salad. Beautiful earthy starch from the beans, richness from the tuna, freshness comes in with chopped green onion,  and a simple lime olive oil dressing with salt and pepper gives us enough acidity and velvetiness to make this salad shine. Craving something healthy, bright and oh so flavourful, then this salad is for you!
View Recipe